Humbled and honored, as always

Dear friends & fans: We are humbled and honored, as always by the outpouring of support you give up. Thanks to those of you who came out last night, and thanks to everyone who loves us! We love you back! Love, ybc.

Posted by Christina at 1:37 pm

Posted by Christina at 1:38 pm

No Comments
Categories: on the road, Shows

WE LOVE THIS VIDEO. Josh Carr is THE BOMB.

Posted by Christina at 1:41 pm

“Quite the sonic experimenters”

“For a minimal folk band, Yearbook Committee are quite the sonic experimenters, peppering their two records with bluegrass jams, ambient pop and even some straightforward folk rock songs.”

Posted by Christina at 1:09 pm 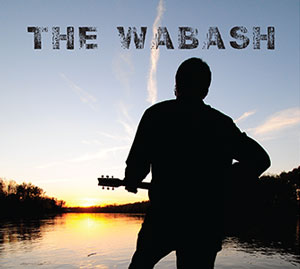 We’re super excited to have a song on a new compilation album The Wabash for Art Spaces, Inc. A brand new recording of “Drive Me Home” is our contribution to the album, which is chock full of local musicians playing the music of the Wabash River, from old classics to new compositions just for this project.

From the Art Spaces site:

The Wabash is a collection of songs about the Wabash River sung by musicians with roots in the Wabash Valley of West Central Indiana and East Central Illinois. It was produced to raise funds for “The Paul Dresser Project” which will honor the world-renowned composer and Terre Haute native, with a sculpture near his boyhood home in Fairbanks Park. His best known work, “On the Banks of the Wabash, Far Away,” was adopted as the state song of Indiana in 1913.

The Wabash River spans the entire state of Indiana and along with its rivers and streams provides drinking water to 72 percent of Indiana counties and drains two-thirds of the State. The river, which is historically important and immortalized in song, is one of Indiana’s most valuable natural resources. All of the Wabash Valley’s residents, starting with the original Native American inhabitants and continuing through the twentieth century, settled her because of the Wabash. This CD honors an important American waterway and the people that live hear it. For more information on the river or 2013 Year of the River, a year-long celebration of the Wabash, go towww.2013yearoftheriver.com.

To purchase The Wabash, visit:

Posted by Christina at 4:51 pm

“On the universe’s front porch”

“an instrument-switching, vocalist-rotating, everybody-writing sextet with a love of grassroots music and the people who love it back. Dig: The Innocence Mission and Steve Earle trade licks and whittling techniques on the universe’s front porch.”

Posted by Christina at 1:04 pm

Venue and show info for Midpoint Music Festival. Check it.

Posted by Christina at 5:08 pm

No Comments
Categories: on the road, Shows

Download “Census” for FREE! A live version and a studio version, just for you.

Posted by Christina at 2:50 pm